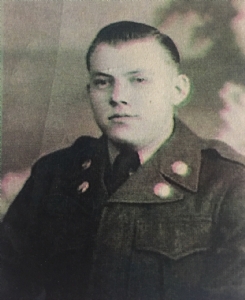 Sergeant Abney was born on August 22, 1926 in Dallas, Texas, joined the U.S. Army from Dallas and was a member of Company A, 1st Battalion, 9thInfantry Regiment, 2nd Infantry Division. He was captured on November 30, 1950, as his unit withdrew from advancing Chinese Communist Forces from Kunu-ri to Sunchon, North Korea. He was interned at a prison camp in the Pukchin-Tarigol Valley in North Korea, where he died of illness in March of 1951. His remains were not recovered immediately following the war. In April 2005, a joint U.S./North Korean investigative team recovered human remains from a site near the Pukchin-Tarigol camps. SGT Abney was eventually identified from among the remains recovered.